Wedding in Rome: the top 5 vendors in the capital of Italy

Rome, once at the center of the world, is among the most romantic places for those who dream of getting married in a historic city.

Walking through the streets of the Eternal City, one gets the impression that time has stopped: among ruins and ancient monuments, it is like reliving almost three thousand years of history in a now urbanized reality. This contrast between antiquity and modernity makes the capital special: its discordant scenarios transform any wedding in Rome into pure magic.

Getting married in the capital of Italy also means being able to choose to say "I do" on the altar of one of its many churches or even in the Vatican City, seat of the Pope and heart of Catholicism. Right there it is in fact possible to get married in the chapel of the Choir of St. Peter's Basilica, the largest church in the world.

Those who prefer a civil wedding in Rome are spoiled for choice between the red hall of the Campidoglio near the Colosseum and the Roman Forum, the deconsecrated church of the Vignola Mattei complex, the hall of Villa Lais or the locations recognized as municipal houses and which can also host the wedding banquet!

But how to start to plan a wedding in this beautiful city? Don't panic! Today I will guide you in choosing those that I consider the top 5 vendors in Rome as they are close to my style. 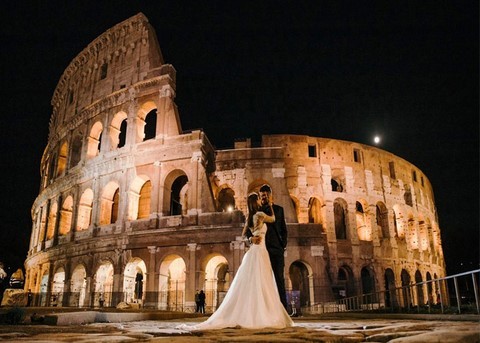 Colizzi studio is immortalizing the love of newlyweds since four generations. All the members of the family are the only ones to dedicate themselves to couples who, through an album or a video, want to relive the emotions of their wedding even after many years.

Although it is a historical activity, the photographic style of the Colizzi studio has changed over the years to keep up with the times. The reportage photos have in fact replaced the classic posed photos, giving space to shots that tell the wedding in the most natural way possible.

Colizzi has also thought of those newlyweds who dream of original shots in Rome by night: on a day after the wedding, you can wear your clothes again and pose for a romantic photo shoot in the most magical places of the capital. If you prefer an original shooting with no fear of ruining your clothes, you will be followed for the "Trash the Dress": an unusual photo shoot in nature or even in the sea, obviously on a different day from the wedding!

The shots are post produced and printed in high quality directly by the Colizzi studio. Each album is customized to meet the requests of brides and grooms: from the cover to the selection of photos, every aspect is studied in detail.

By relying on the experience of Colizzi photographers, your wedding will be told in its entirety with the creation of a customized video with a modern and cinematic style. It will also be possible to integrate the drone service, a tribute offered to all couples to get them excited with aerial shots over Rome. 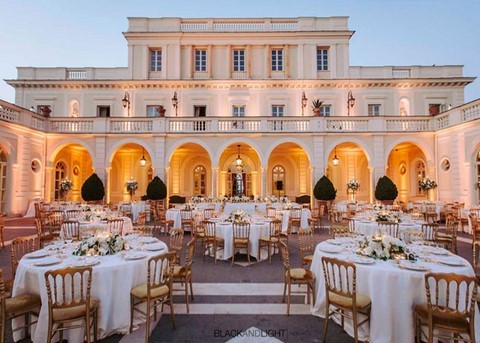 Built in the nineteenth century at the request of the homonymous family of Venetian counts, Villa Miani stands on Monte Mario overlooking the incredible panorama of the capital.

This neoclassical location covers an area of about two thousand square meters and, thanks to its different environments, offers any comfort. Choosing Villa Miani means being able to get married in Rome with a civil ceremony in the large garden, celebrate in one of the sumptuous rooms and dine under the stars at the outdoor patio or on the panoramic terrace. There is certainly no lack of space and more than a thousand people can be accommodated in this beautiful structure. It will be difficult to find another location that can match the grandeur of Villa Miani just a few kilometers from the city center.

But that's not all because even the menu proposals are capable of satisfying every palate. The dishes of the local tradition, those of the international cuisine, as well as the special menus for the most particular requests, will not disappoint your expectations.

Villa Miani is the place of excellence loved by Italian and couples from aboad who choose the capital of Italy for their destination wedding. A location that will transform your wedding in Rome into a romantic dream of love! 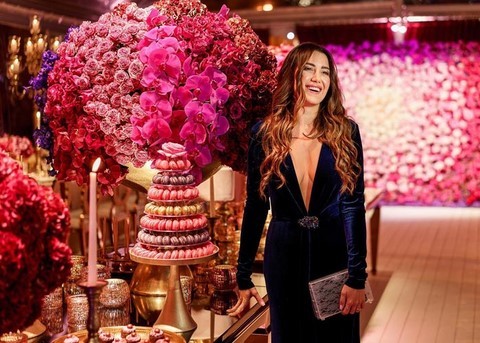 Among the most loved florists there is undoubtedly Federica Ambrosini, my favorite in Rome. Her creativity is combined with a passion for flowers, giving birth to floral scenographies that enchant.

Graduated in Architecture, Federica soon began to make her way in the events sector and then found her vocation as a floral designer. Her style recalls the most natural trends as well as the more structured ones but, apart from the technique, it is creativity and love for her work that create floral compositions able to deeply move who are looking.

Federica puts first the desires of those who turn to her: before creating any scenography, whether small or large, there is a careful design of every aspect with the aim of studying every detail, faithful to the idea of the client.

Relying on a professional like her is a guarantee: she and her team will know how to leave breathless those who are planning to get married in Rome! 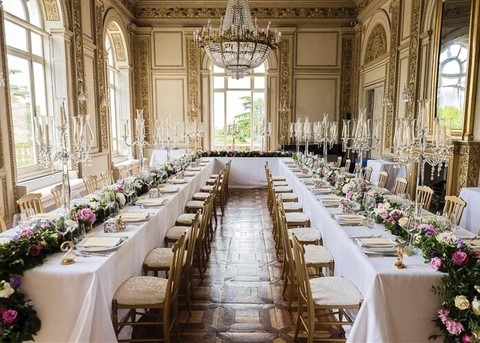 Since 1975, the California company has been operating in the catering and banqueting sector without ever disappointing those who choose an exclusive service for their wedding banquet and more.

California Catering stands out for its professionalism, inventiveness and attention to detail: the service offered is able to satisfy any need thanks to the authenticity of the products and the preparation of its staff.

The proposed culinary formulas are mostly Mediterranean with international influences and are customized for each type of wedding. From meat to fish dishes, from fruit buffets to desserts, the specialties prepared by California Catering are the result of years of experience of its chefs and pastry chefs.

Among the services offered there are also the logistical organization of the reception phases and the setting up to give a touch of elegance to your wedding mise en place. 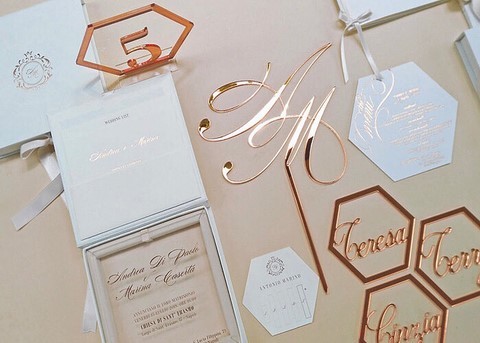 If you also think that details make the difference, I can only recommend Eyder Design for an impeccable and luxury wedding stationery.

Born in 2009 from the idea of a young creative named Luana, this company boasts the creation of customized elements in paper and in more contemporary materials such as plexiglass, ceramic or mother of pearl. Invitations, wedding bags, tableau de mariage, place cards or favors with charming packaging but not only: everything is designed by combining the ideas of the couples with the refinement of Eyder Design, always careful to the trends of the moment.

The production of each element begins with an accurate graphic work followed by a meticulous work in the laboratory to create unique products in line with the style of the clients' wedding. For Eyder Design, in fact, the wishes of the future spouses come first: the design phase is always preceded by a careful analysis of the stylistic choices already made so that the elements made fit perfectly with the leitmotif of the wedding.

Whether you have chosen to get married in Rome or in any other city, by choosing Eyder Design you can count on a wedding stationery Made in Italy, classy and highly refined.